Didn’t get much of an opportunity to write anything in Venice, so now I’m cramming it in on the train between Bologna and Florence.

Venice is a great city, it’s perfect for wandering around and getting lost, which is the best way to see a city. On the first morning at about 8:00, I went out to find a supermarket and Luke tagged along. We were a little bit early though. It became pretty obvious that the Venetians aren’t morning people. The supermarket didn’t open till 8:30. We wandered around a bit waiting, and to make sure we didn’t starve, I treated Luke to his first canolli. We chose chocolate ones. 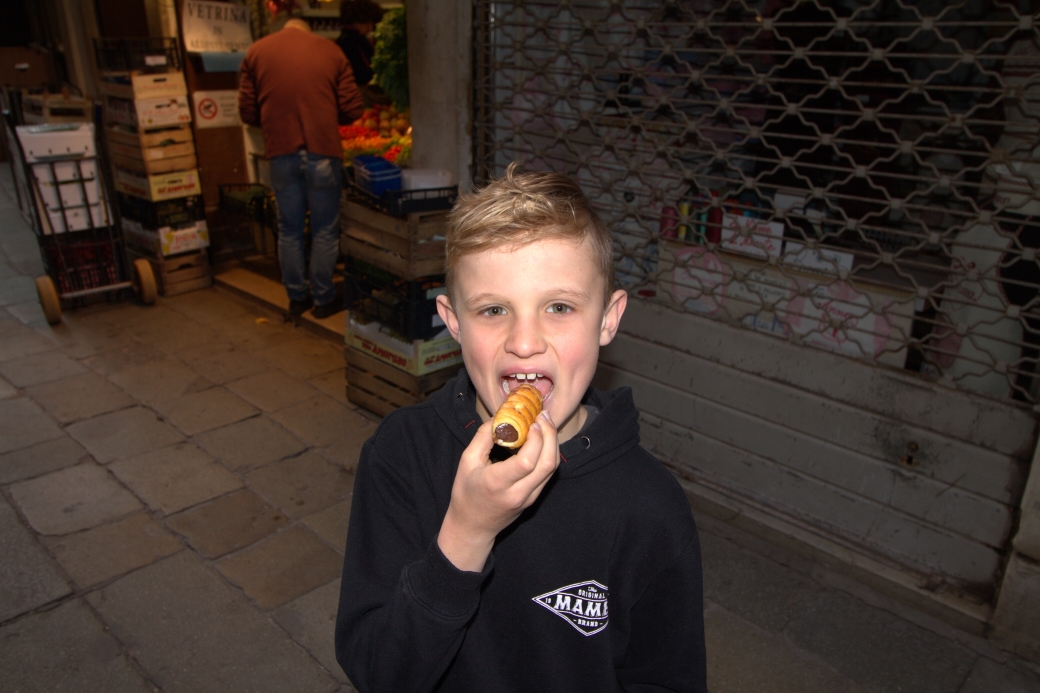 In the supermarket, I found a decent sized octopus. There aren’t many of my travel companions that would have liked it for dinner, so I went without. But the next time I see it on a menu, I’m going to get it.

There are so many museums and things to see in Venice, but the lines were massive. We skipped the insides of places, and just checked out the outsides. I tried to teach the art of photobombing to the kids, but it backfired on Zeki. An old asian couple must have been missing their grandkids and gave him what for. 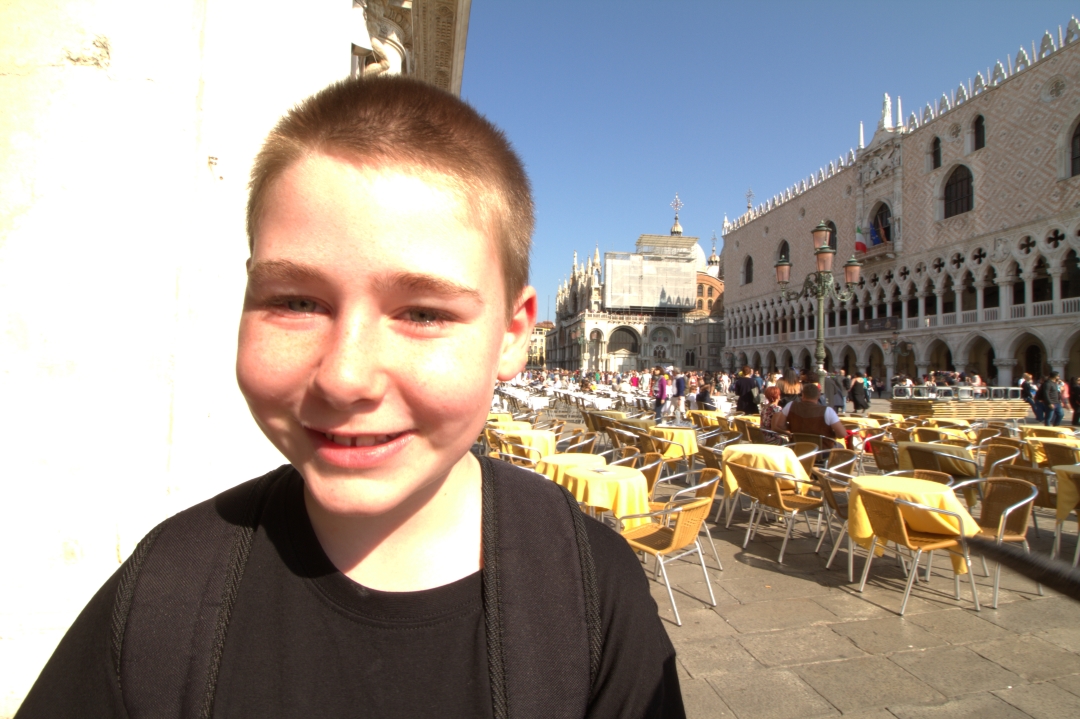 After Bellagio, walking around was easy, but it was nice hiring one of the local precision gondoliers to take us around. They were inch perfect when getting around the canals. In all of the time we were on the Gondola, not once did he bump into anything. I saw another gondolier sending a text message while rowing… It made me wonder if they have laws against mobile phones and driving. We also saw a couple of the sights by water, which was nicer than crowding on a bridge for a photo of another bridge. 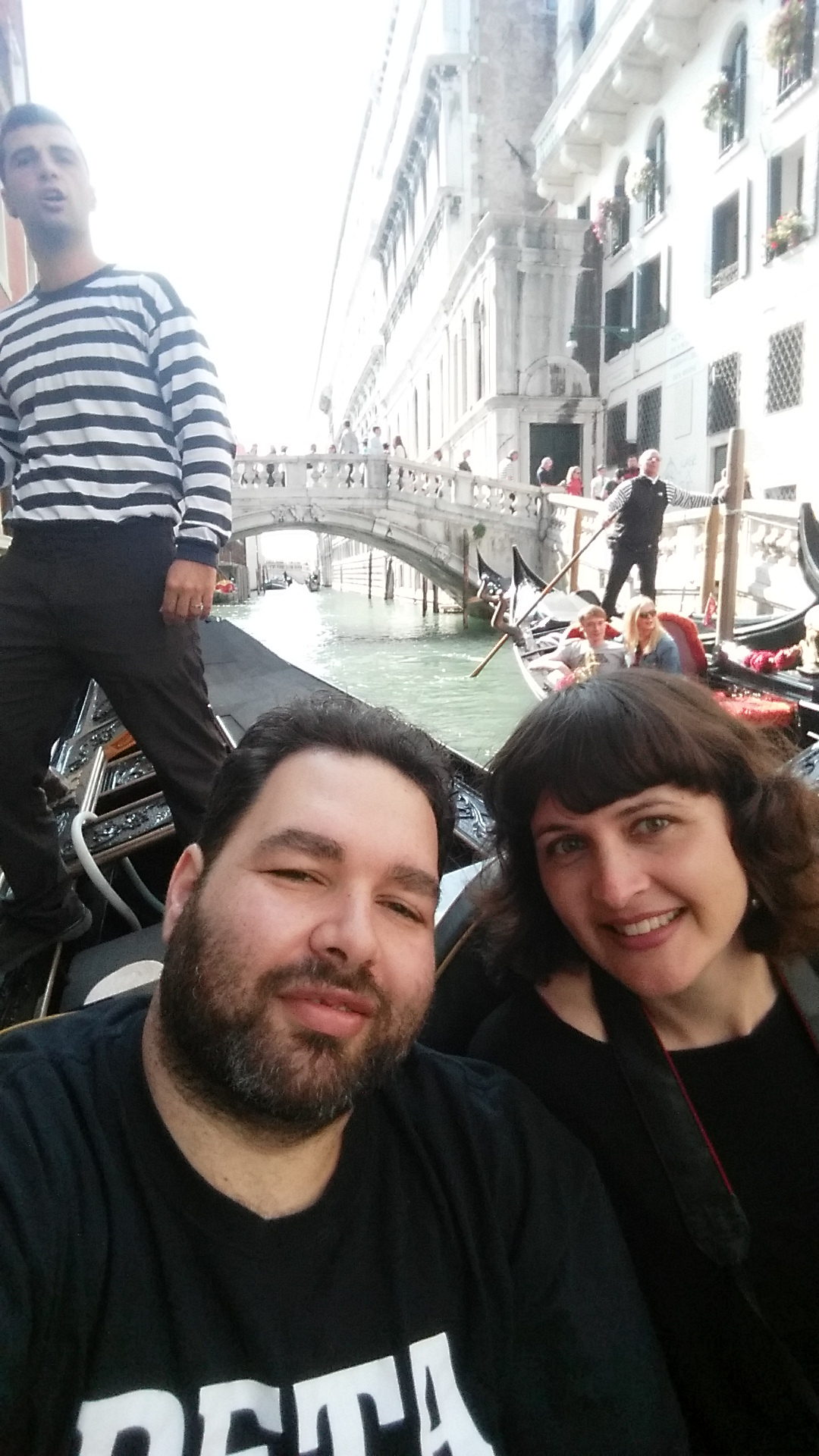 We headed over to Murano next, to see the glass works. The kids were really impressed, and I’m glad they got to see it. The demonstration was free, but like anything, free always comes at a price… The next stop was the gift shop, and wowsers! We were carefully selected as the people they were going to take most advantage of… We got a “no obligation” tour of the gallery upstairs, which had some fantastic works of art. I wish I could have taken photos, but we were specifically asked by the guide not to take any. And then he mentioned the prices… He picked up a nice looking plate and said that retail this would be 2,000 euro, but as it is from the factory and there is no middle man, it is only 1,200. 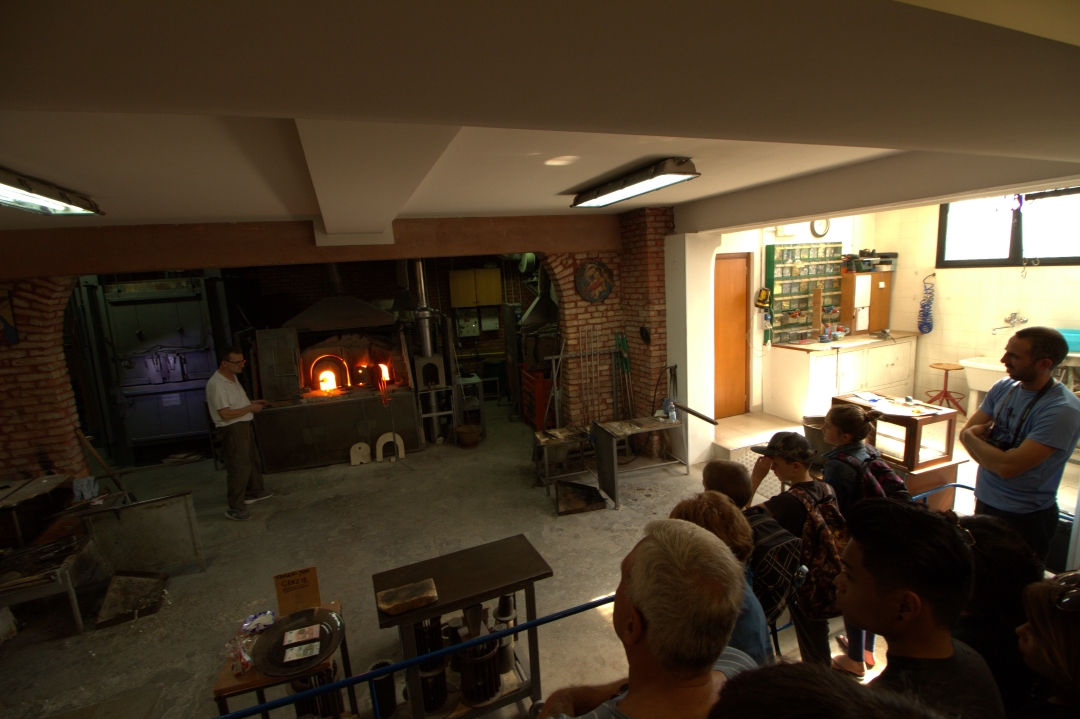 The master at work

1,200???? For a plate??? The very next thing out of my mouth was “Kids, take off your backpacks and hold them in front of you. And make sure you don’t accidentally knock anything over”.

We finished the day off with ice cream and homework. We were actually trying to find a chocolate place we passed the day before, but we couldn’t find it. The next best option was “Smurf” flavoured ice cream. I knew the shop that sold it, but could I find it? Yes, I could… But only after walking around in a bit of a circle.

Some other things we saw… 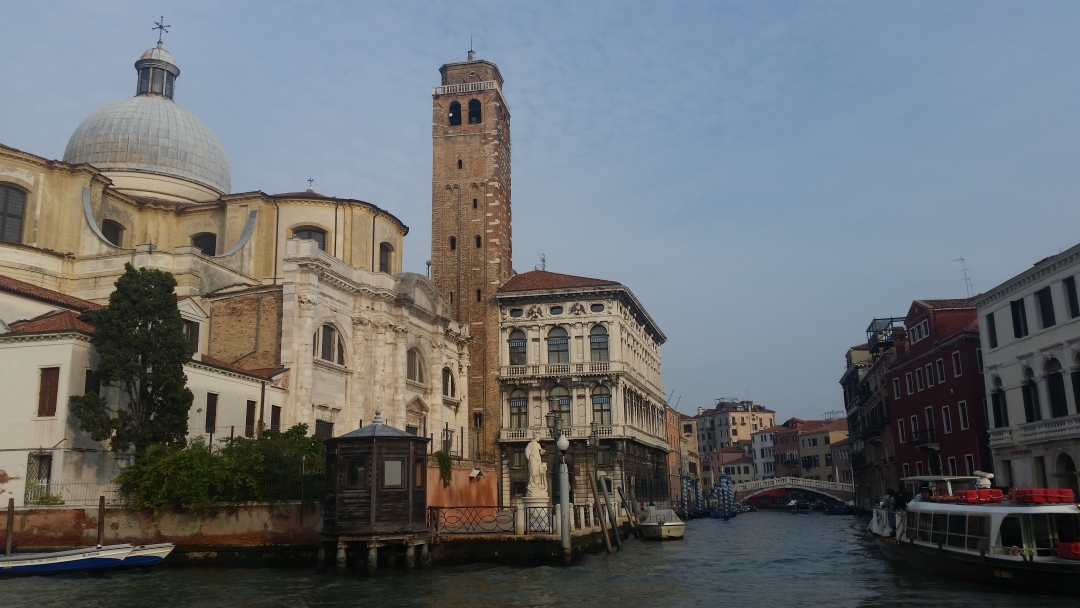 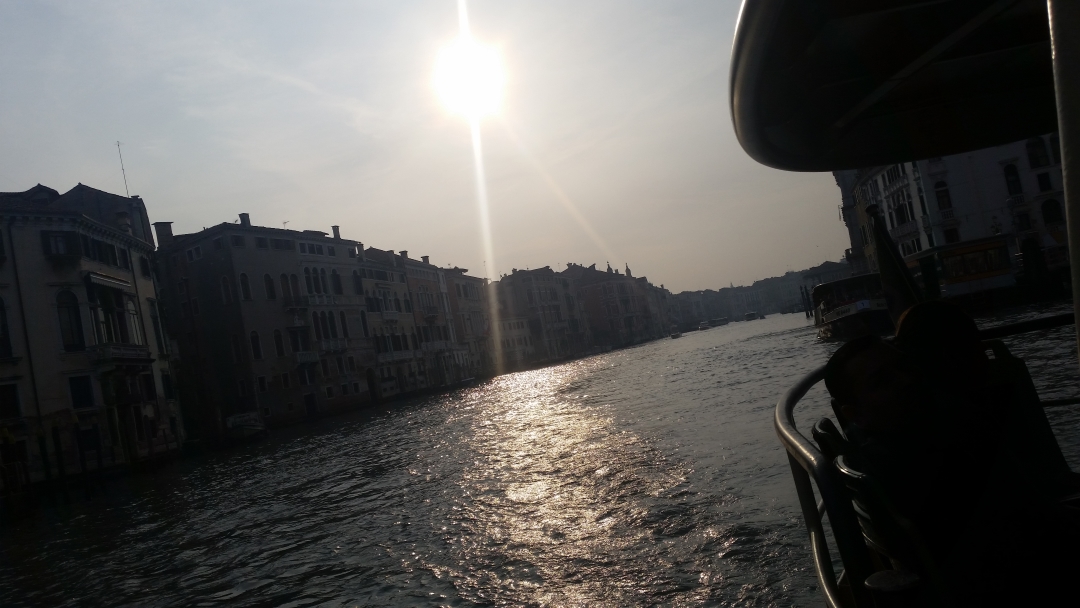 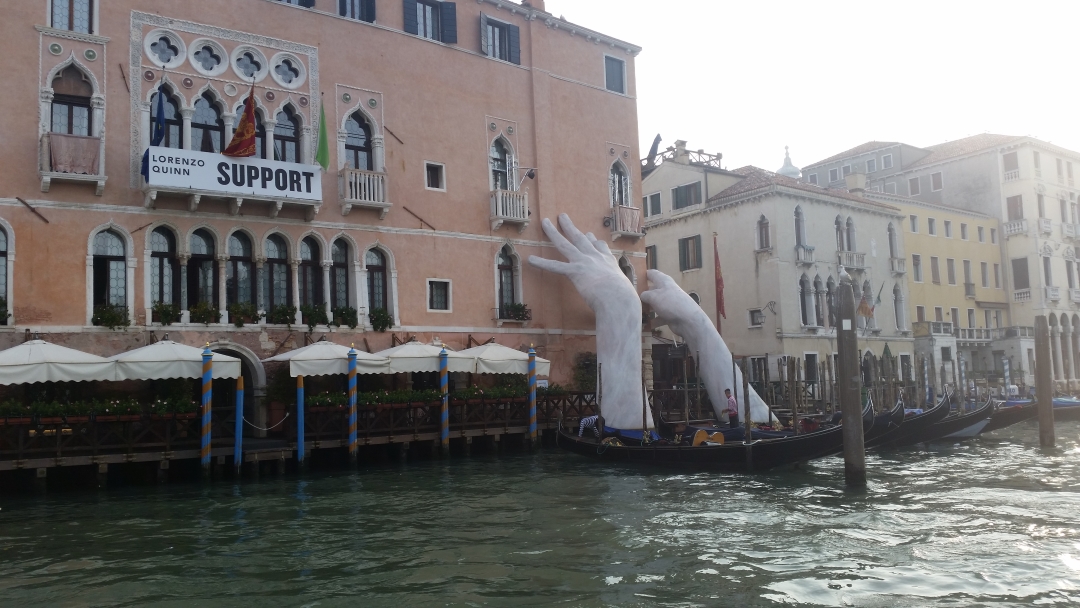 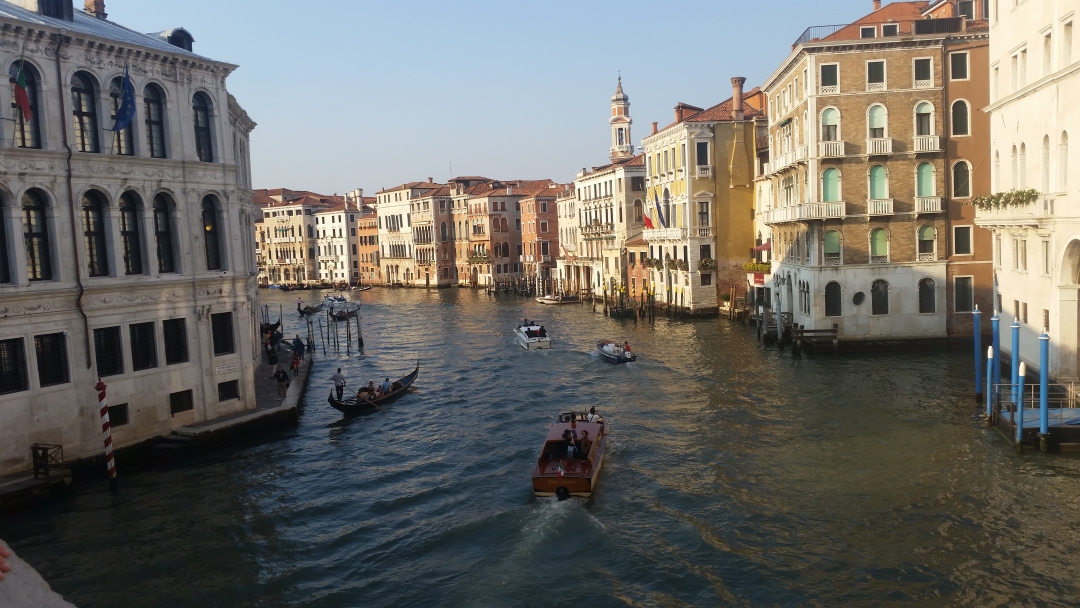 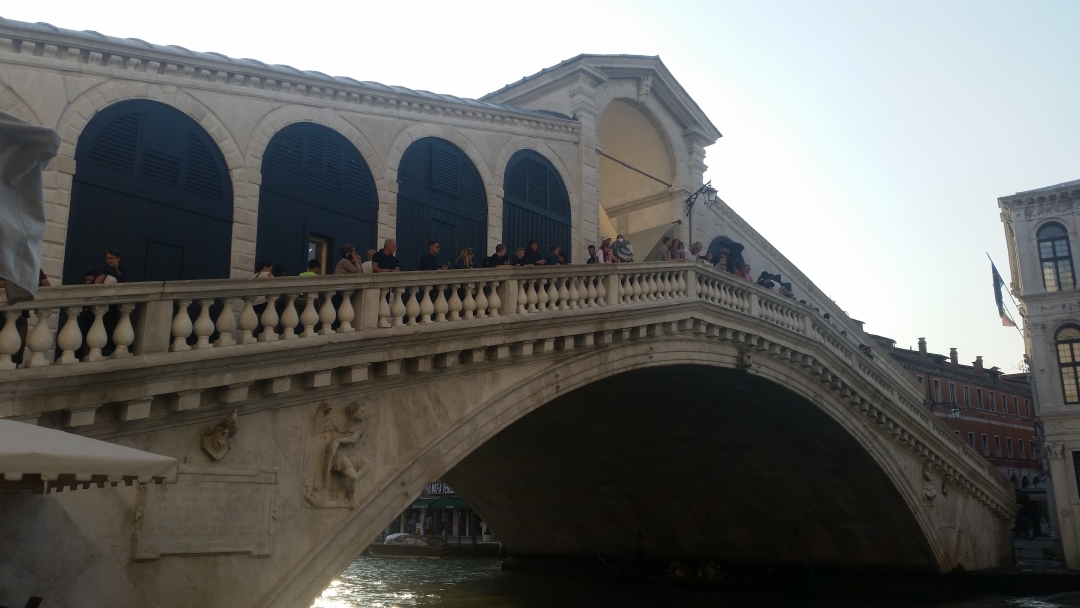 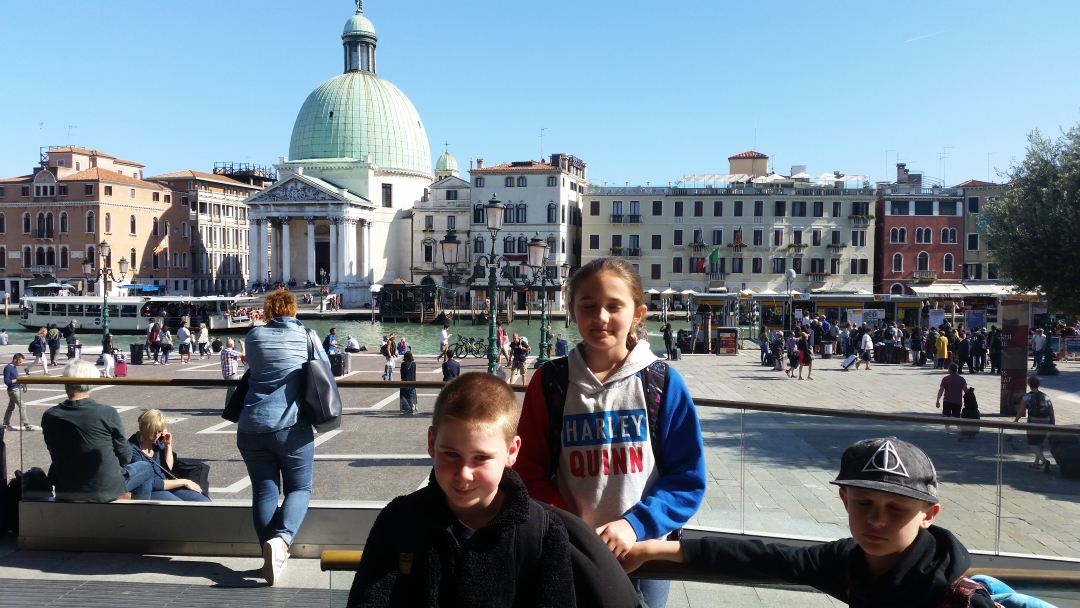 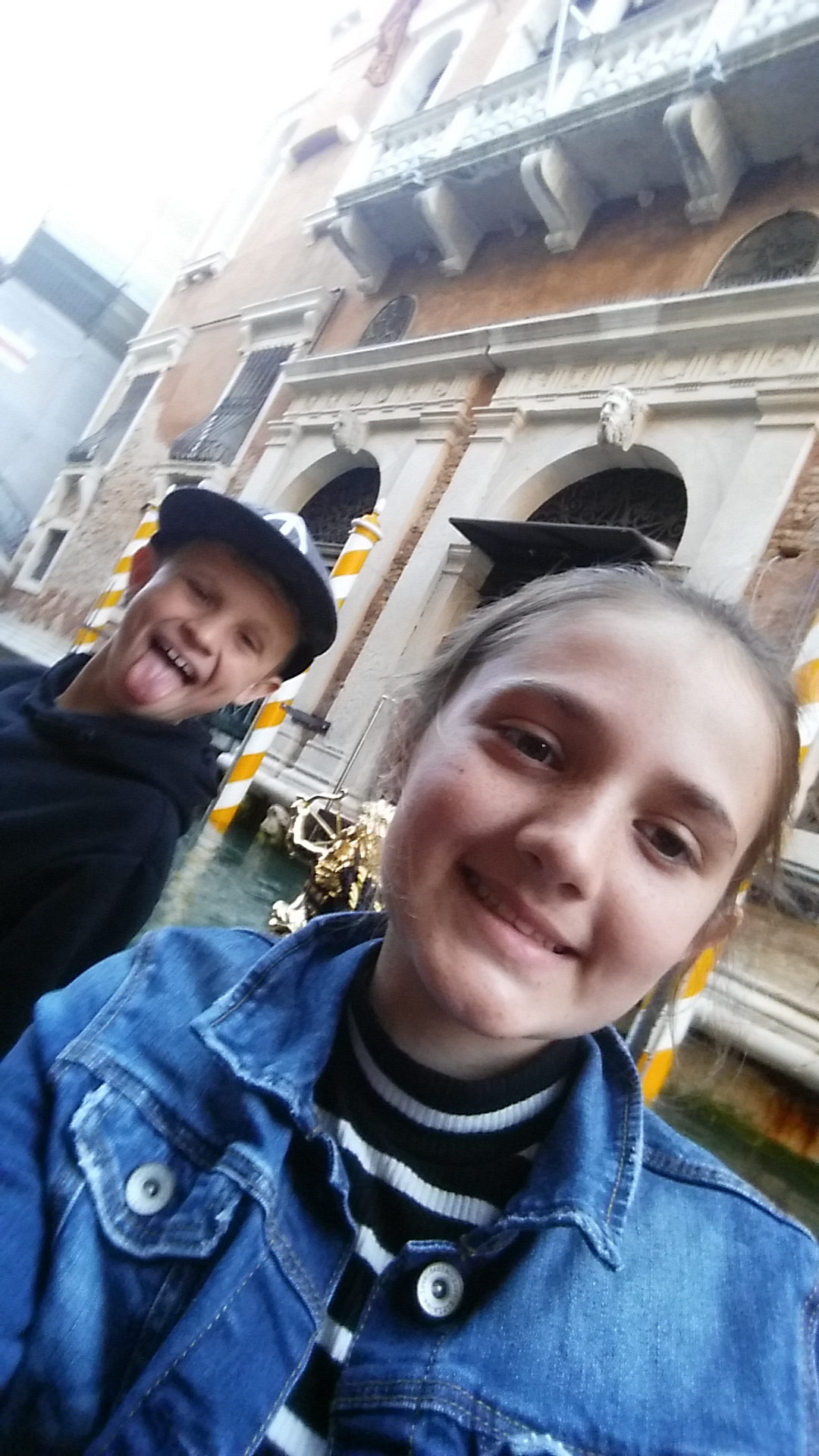 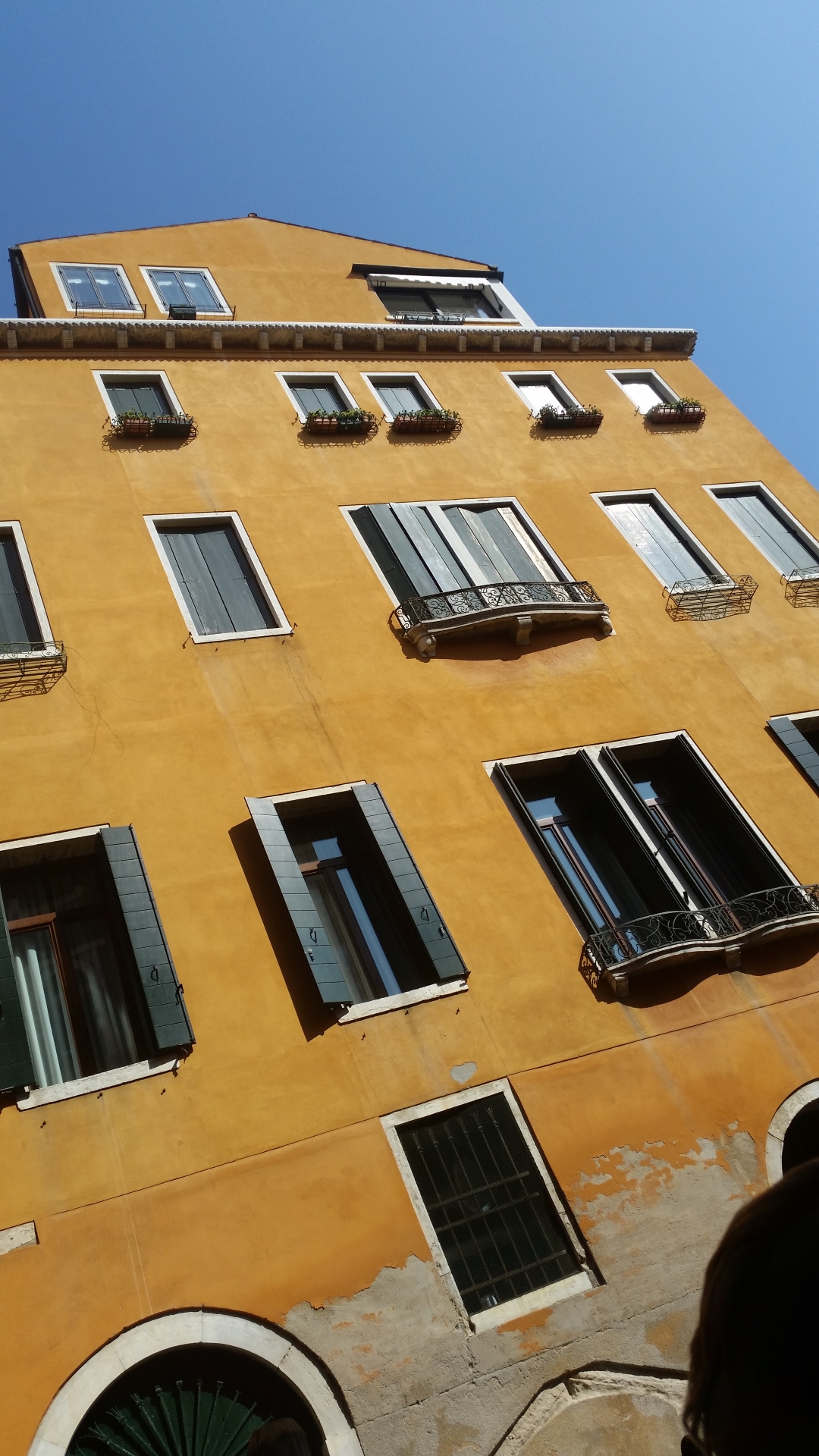 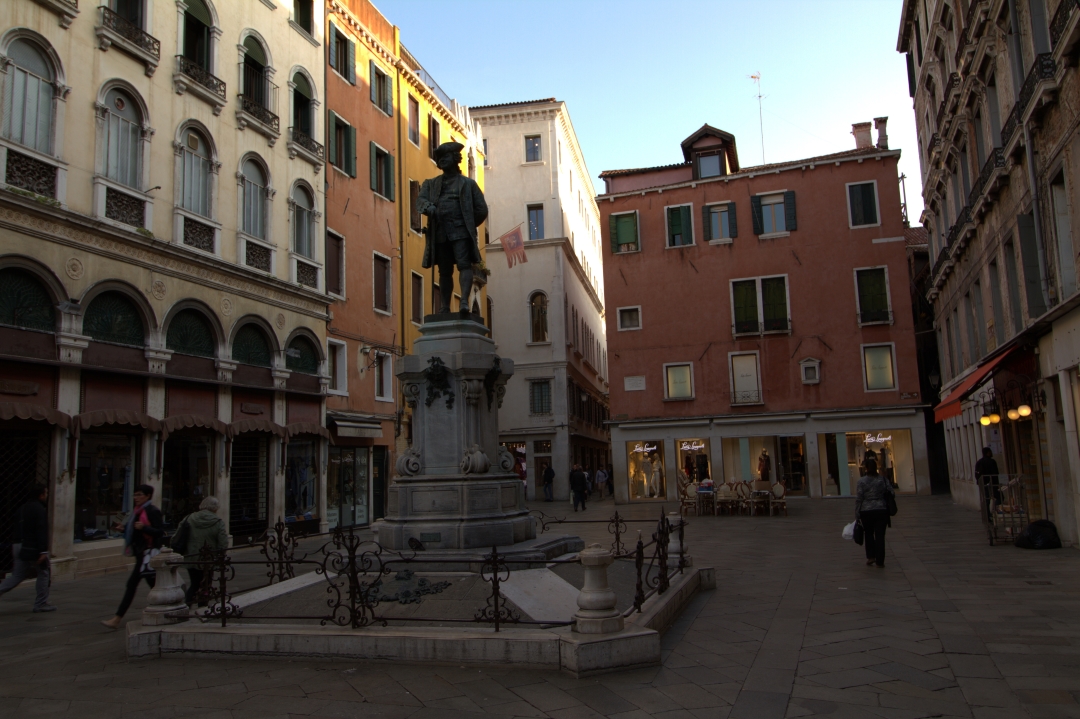 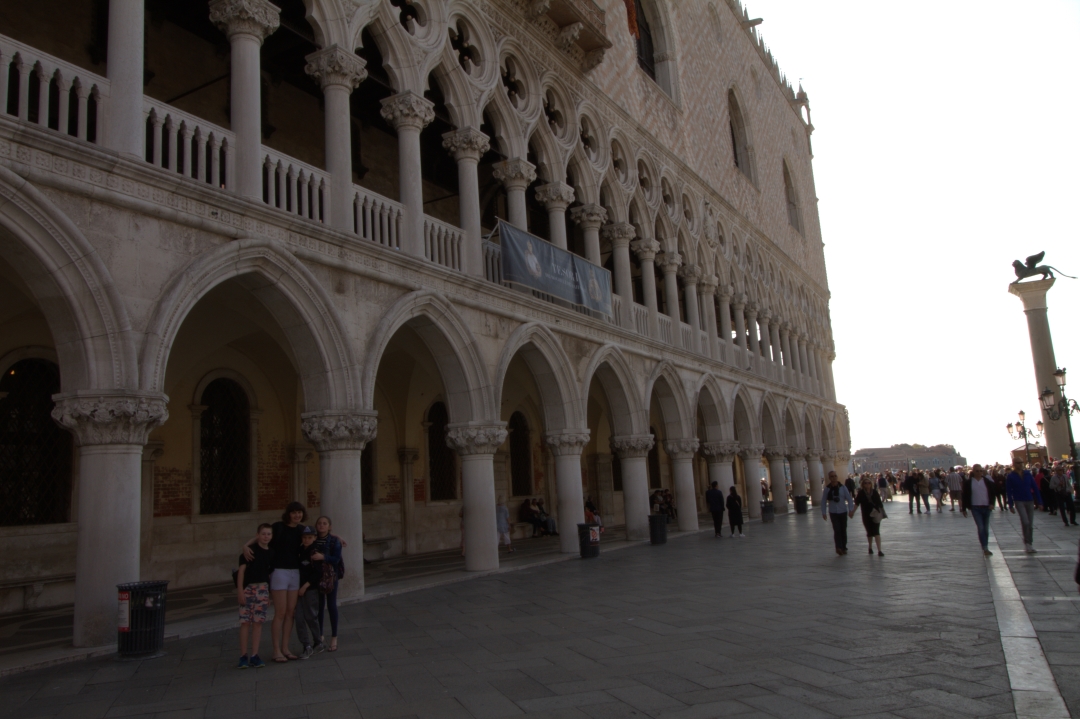 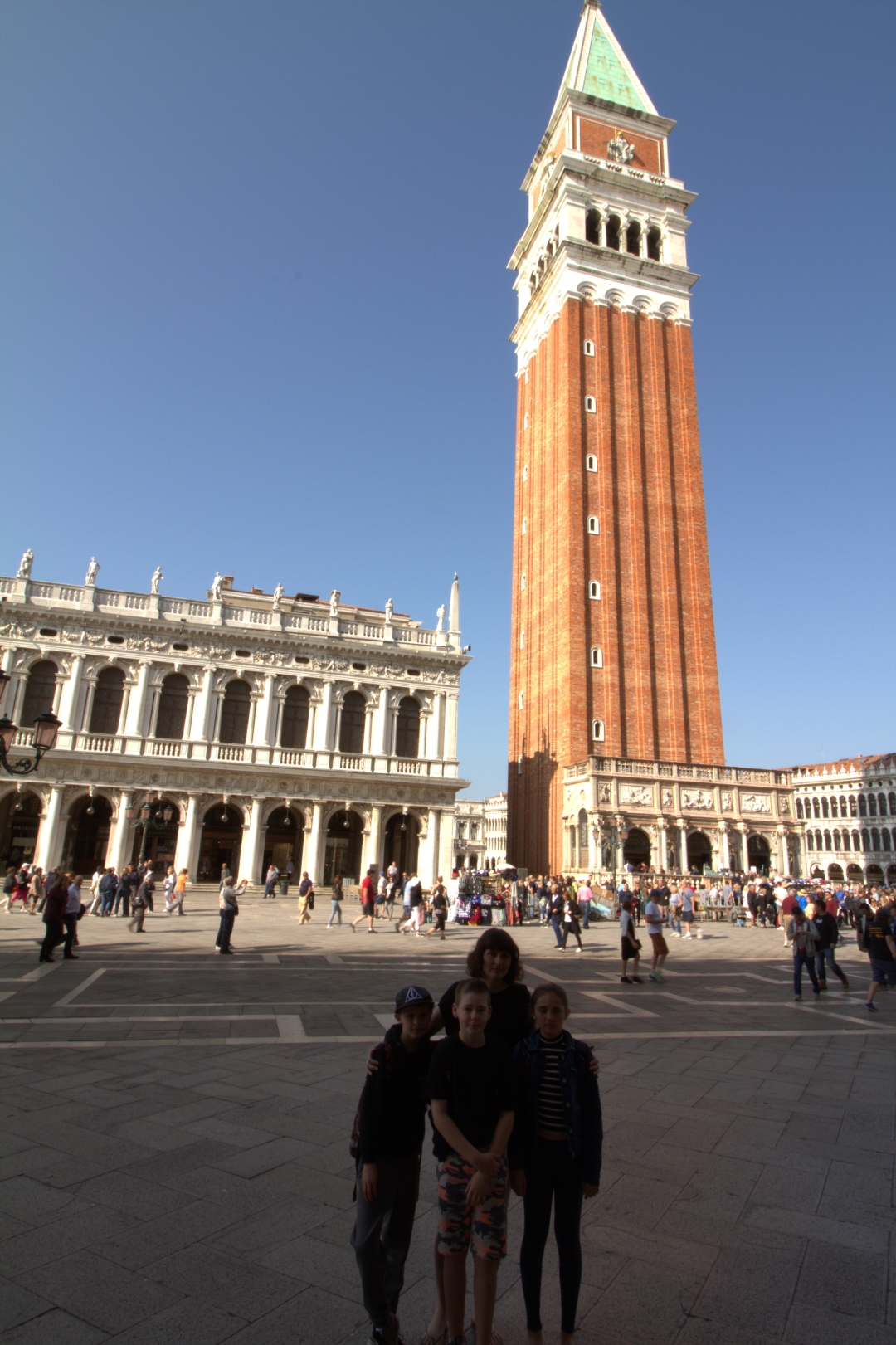 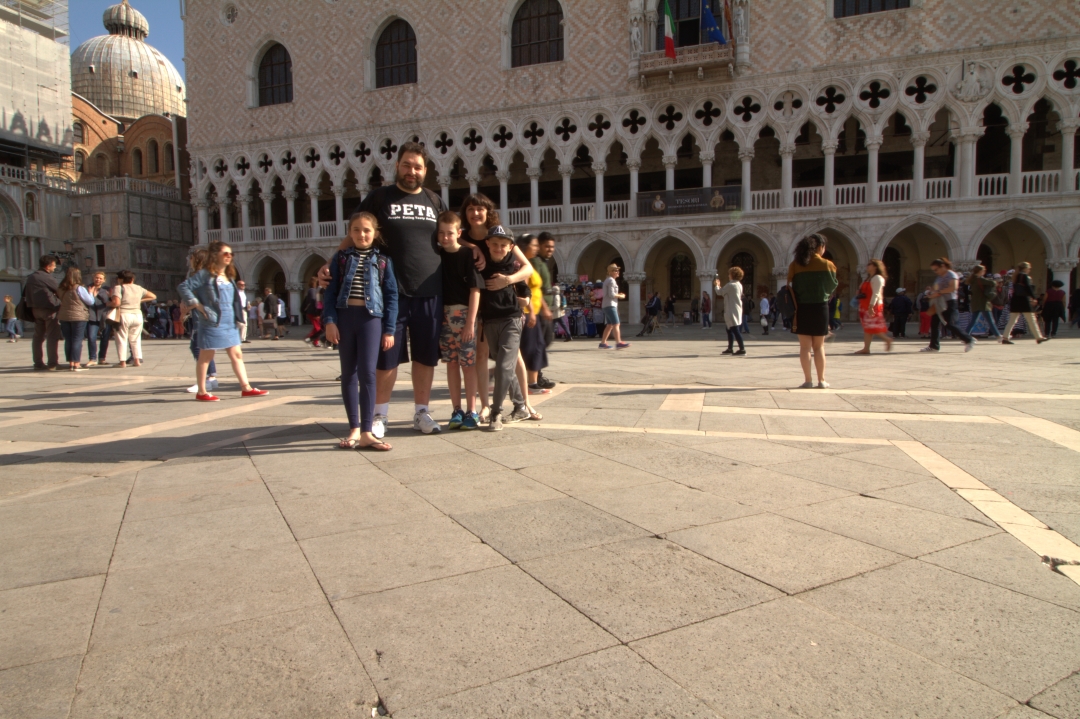 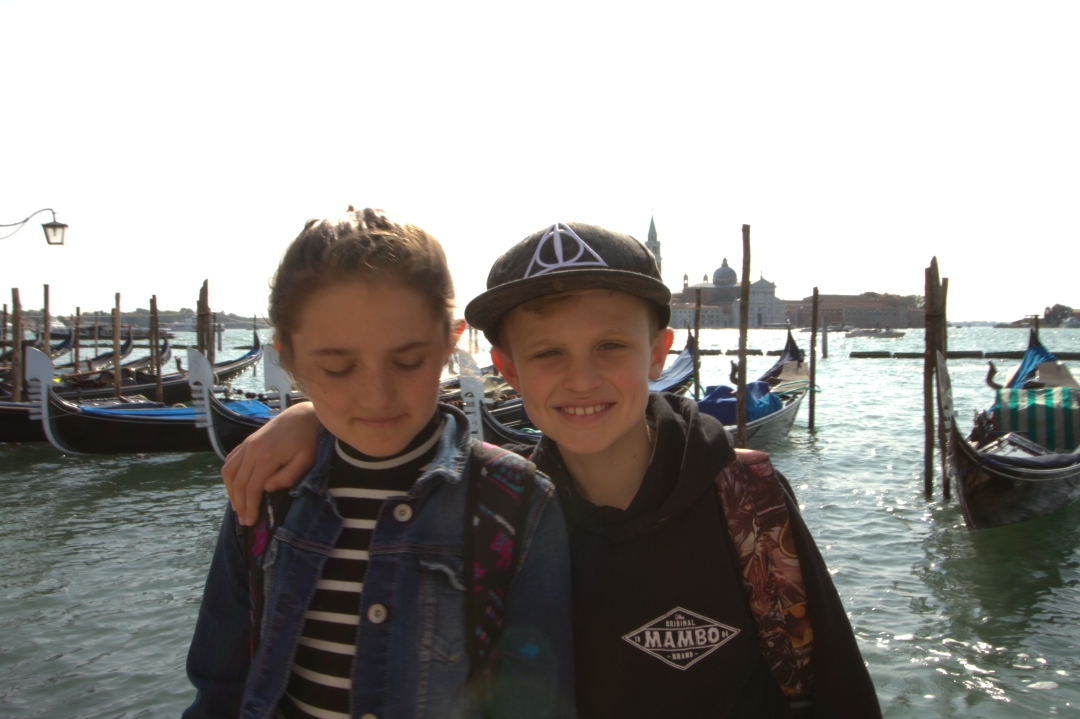 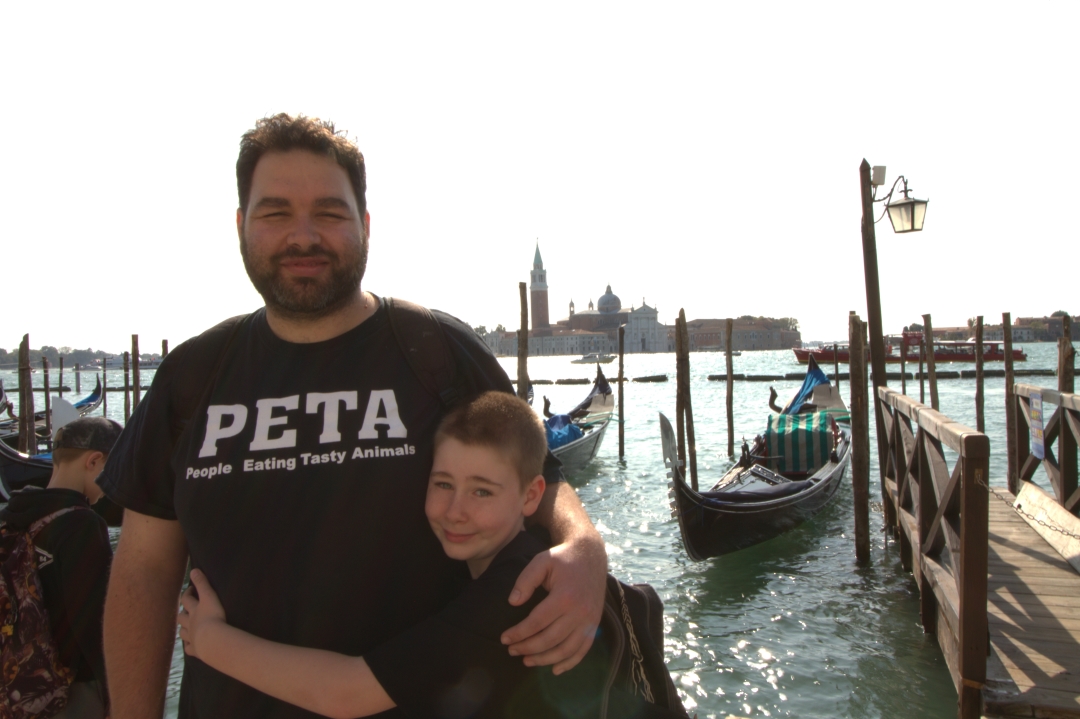 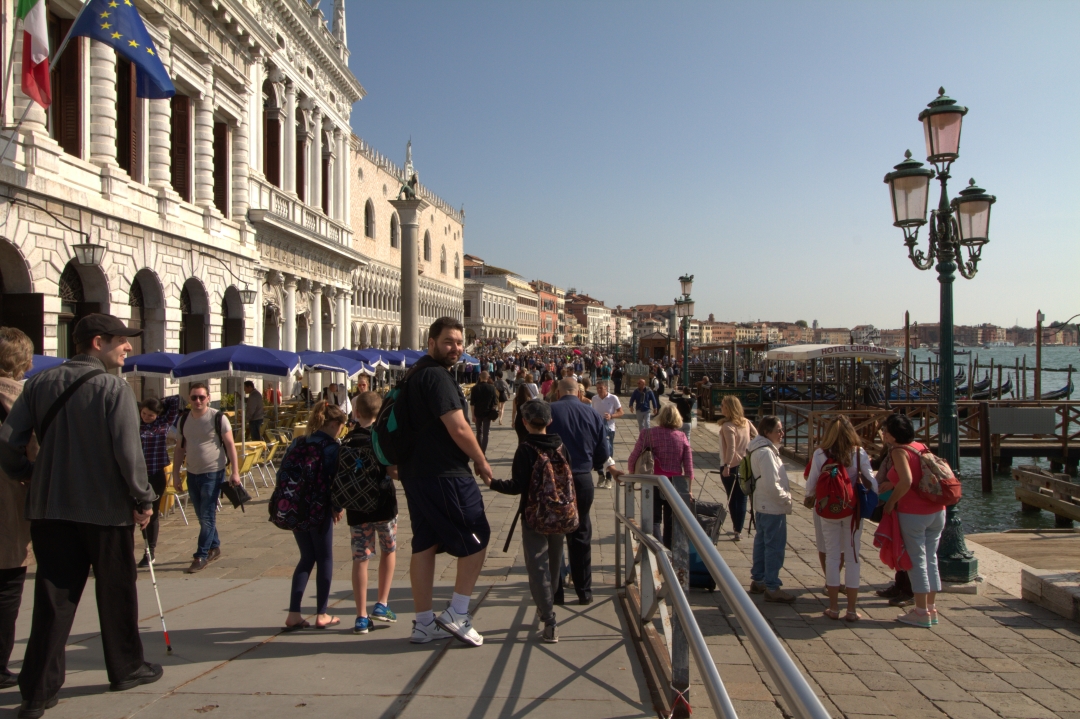 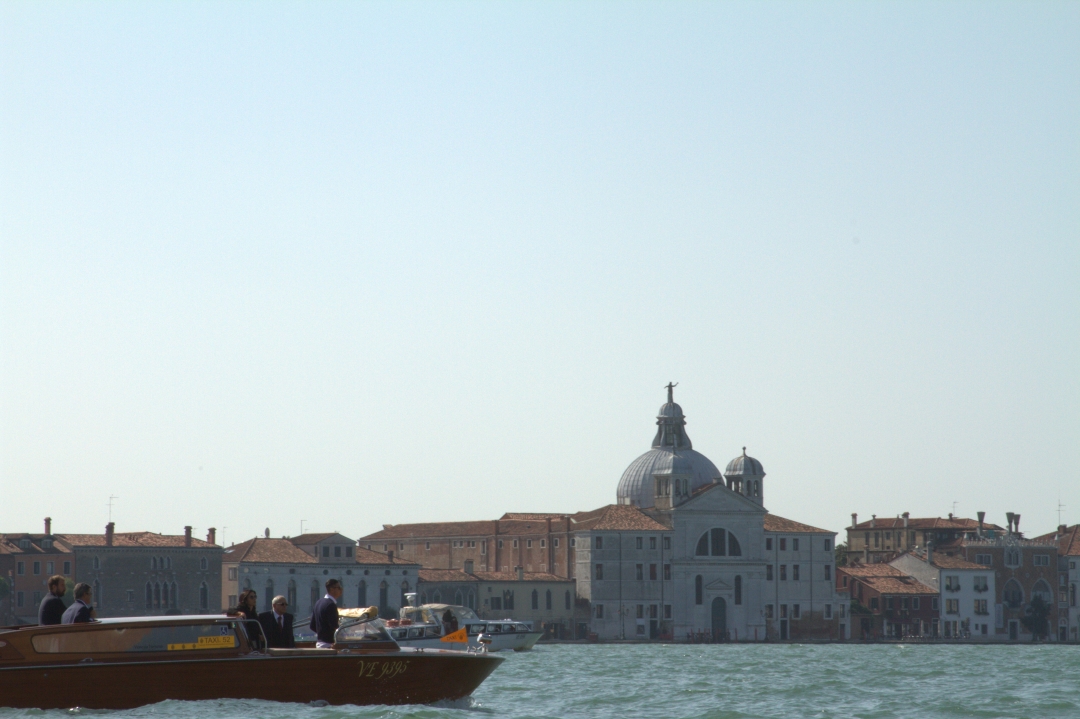 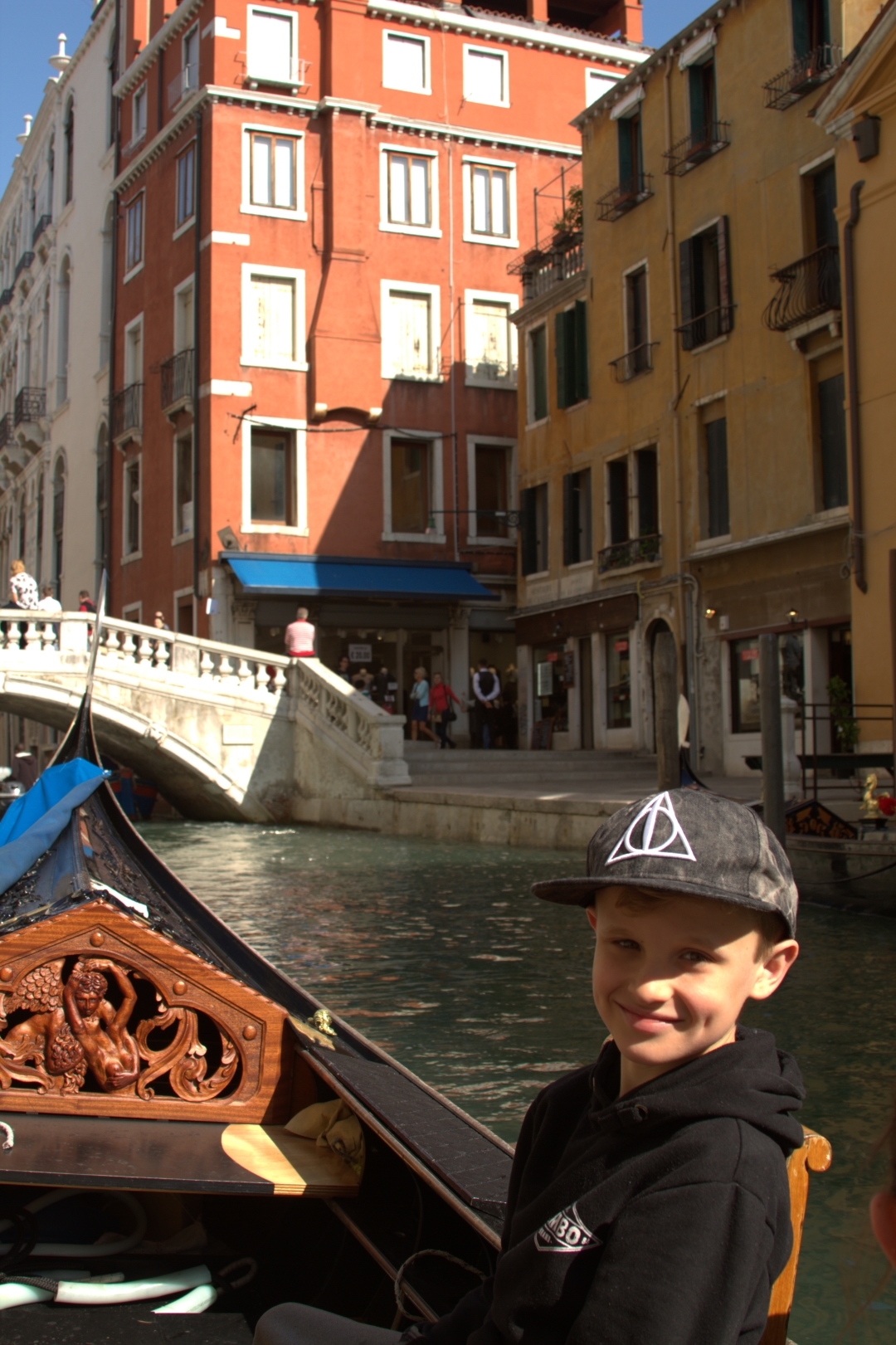 2 thoughts on “Pass me a bucket, the city is sinking”