Positano was a chance to kick back and relax. We didn’t have much planned, it was a good opportunity to recharge the batteries after all the walking we have done. The only appointment to keep was to visit Pompeii.

But, first thing first, we had to find where we were staying. Our taxi driver wasn’t the greatest help. He ended up leaving us on the edge of town, which happened to be on the other side of town to where we were staying. We knew we had to walk down the big hill, and up the other side. Not what I was hoping for with three kids in toe, and three suitcases to manage (not necessarily in order of easiness), but off we trot. 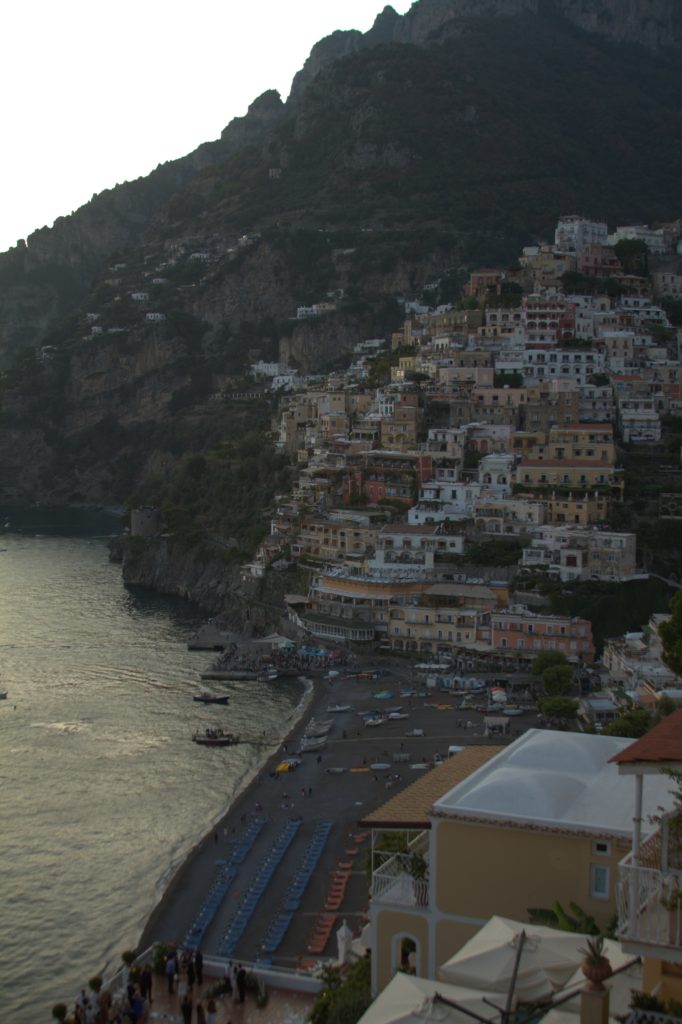 Our place is on the very right, almost half way down

Based on Google maps, I knew we were around a couple of shops on the main drag, and it was really weird when I found those shops. It was almost like a sense of de ja vu. We quickly realised that Google Maps doesn’t really know too much about Positano streets, because there is only one road through the town. All of the other streets are pretty much stairs, and not really suitable for the Google-mobiles and their fancy car cameras.

A quick call and we found we were only a short flight of stairs from where we were staying. We had a fantastic view of the town, and the beach, and it wasn’t long before we headed down for a wander and to rustle up some grub. It was easy to get down… Only 5 stairs that went up, and 327 stairs going down. After dinner was a little different. The first time we went up to our place was probably the easiest. I didn’t know how many stairs there were, but silly me counted them on the way up, so every time afterwards I knew there were a lot to come. 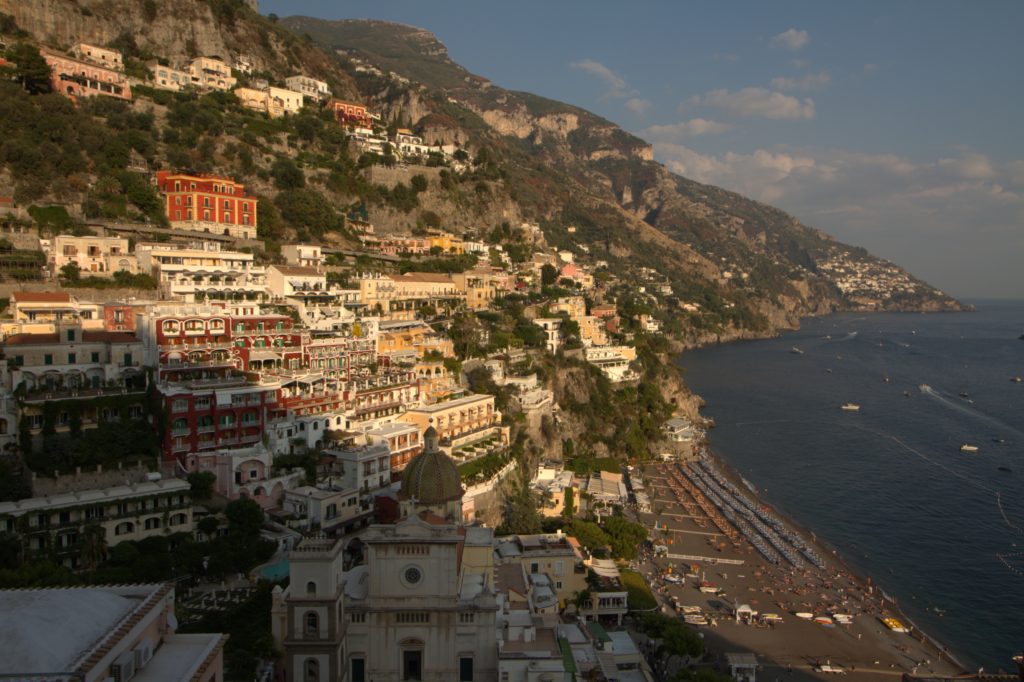 The view from our balcony

The next couple of days was mostly swimming and walking up stairs. Bel and I enjoyed some limoncello and a strawberry version on the second night while the kids slept. I loved relaxing on the balcony with Bel, watching the town and listening to the night life. Magical. 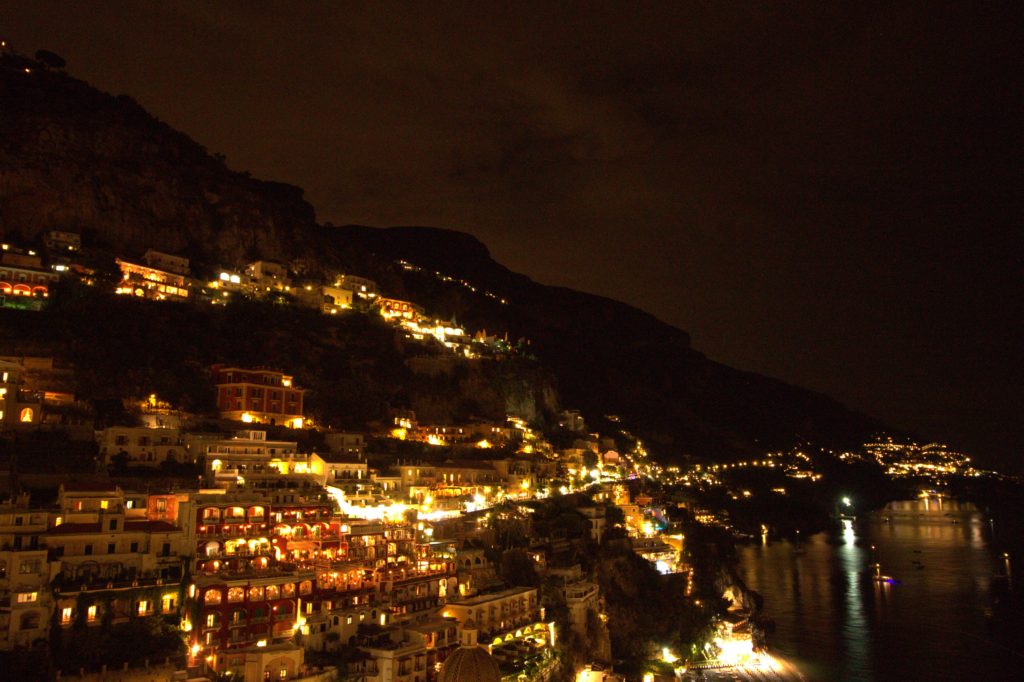 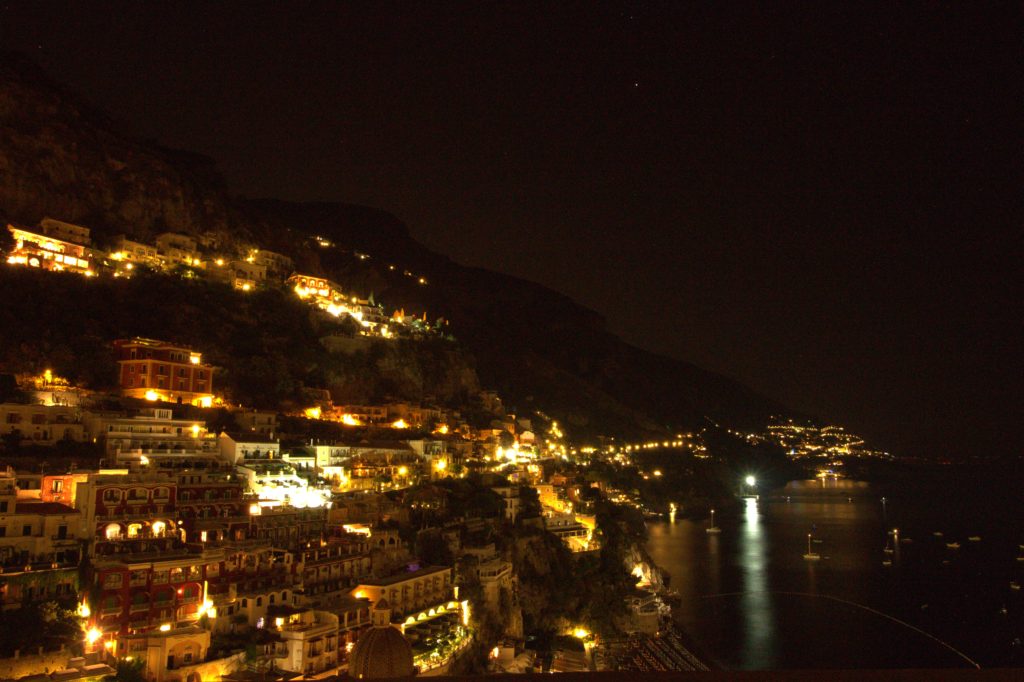 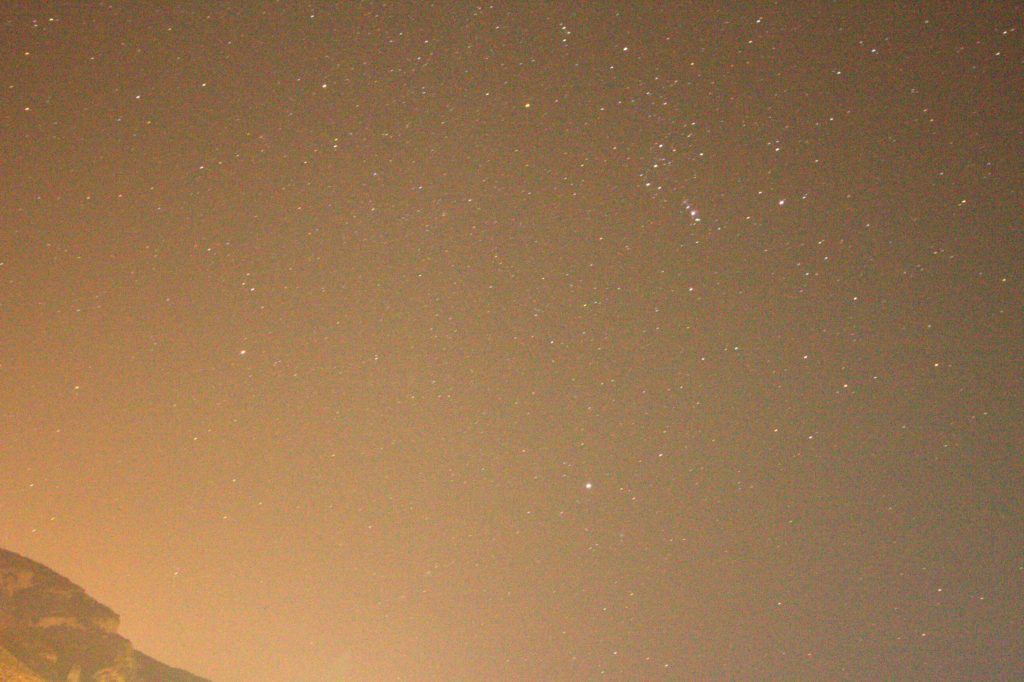 The next day, I managed to find a canolli in the main part of town, and I took it upon myself to try one. It wasn’t an authentic Positanian canolli, it was a sicillian one. Oh. My. God. By far the best one I have had so far. It was somewhere between the pastry of Venice, and the buscuit of Florence. Perfecto! 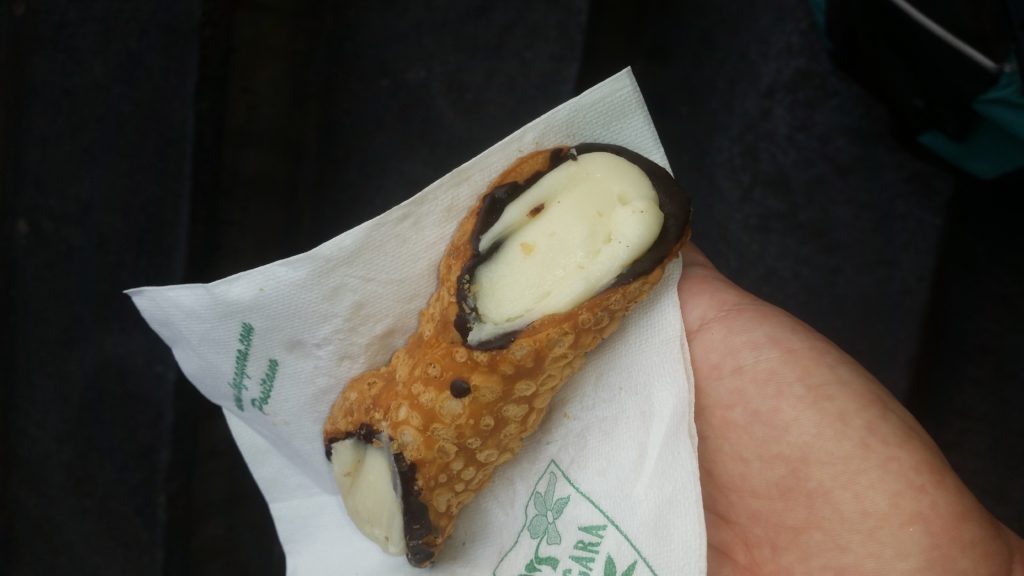 Luke and Bel snuck in a boating trip and caught a bunch of Tuna. It was weird though, the tuna looked like fish, and not like the tins we get in Australia. A more informative post can be found on Luke’s blog.

While Bel and Luke were out on the water, Zeki, Chloe and I went for a walk around to the next beach. Lots more stairs, and some more views worthy of postcards. Then back to the Positano beach for more swimming. 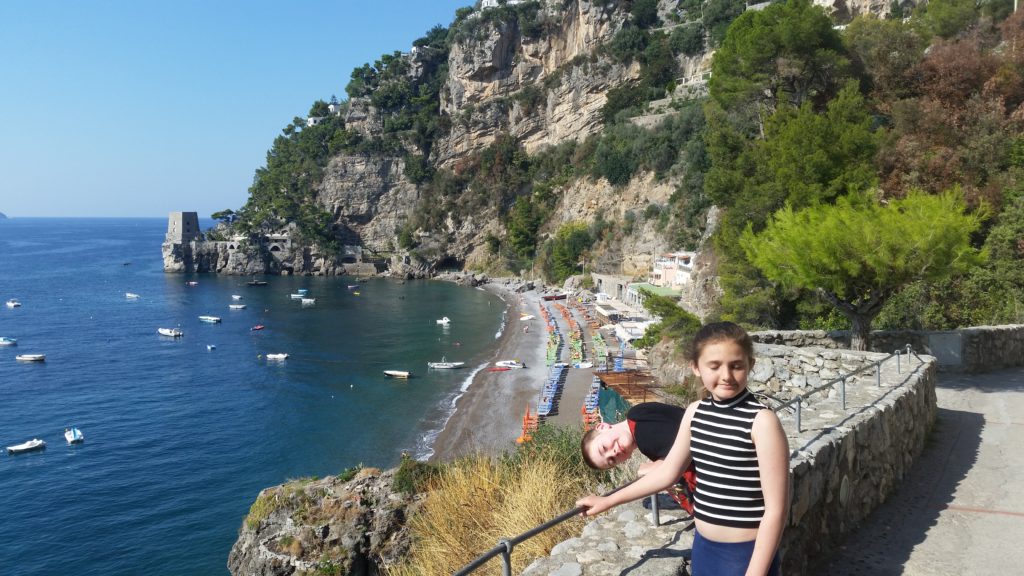 Checking out the next beach

We had a few obnoxious american college students invade our beach, which was a bit disappointing. Maybe I’m getting old, but I really didn’t like that they were drinking spirits out of the bottle while swimming in the water.

Saturday was our second last day, and we were off to Pompeii. We took the ferry to Sorrento, then the train the rest of the way. Pompeii itself was amazing. I really would have liked a couple more hours to explore, and then an extra half day to go and visit the Mount Vesuvius crater. Maybe next time. 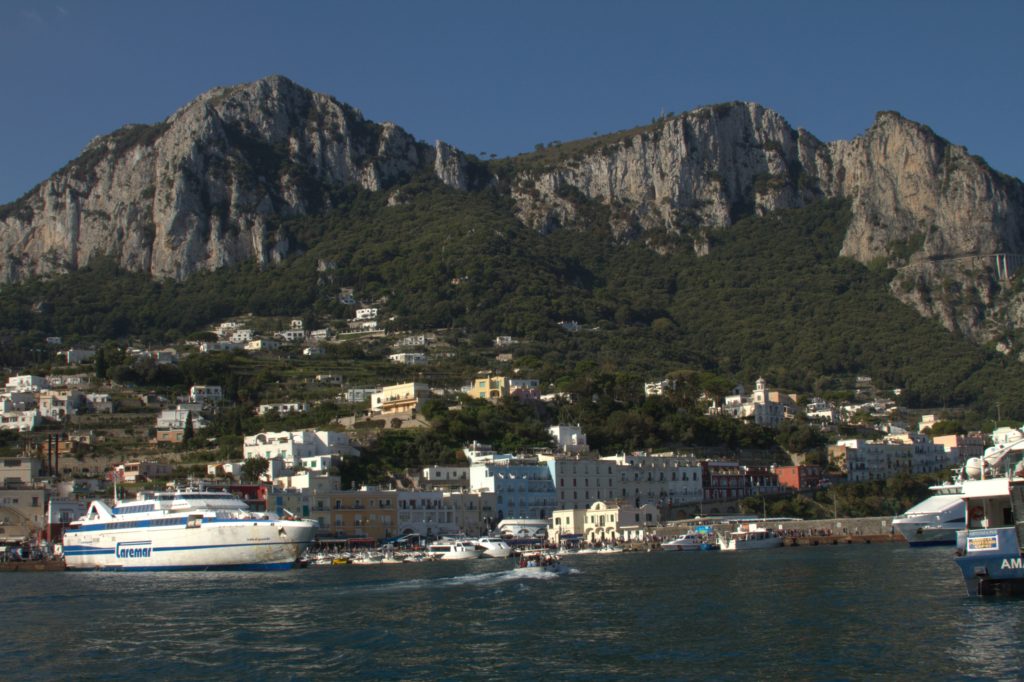 Capri – A stop over on the way to Sorrento 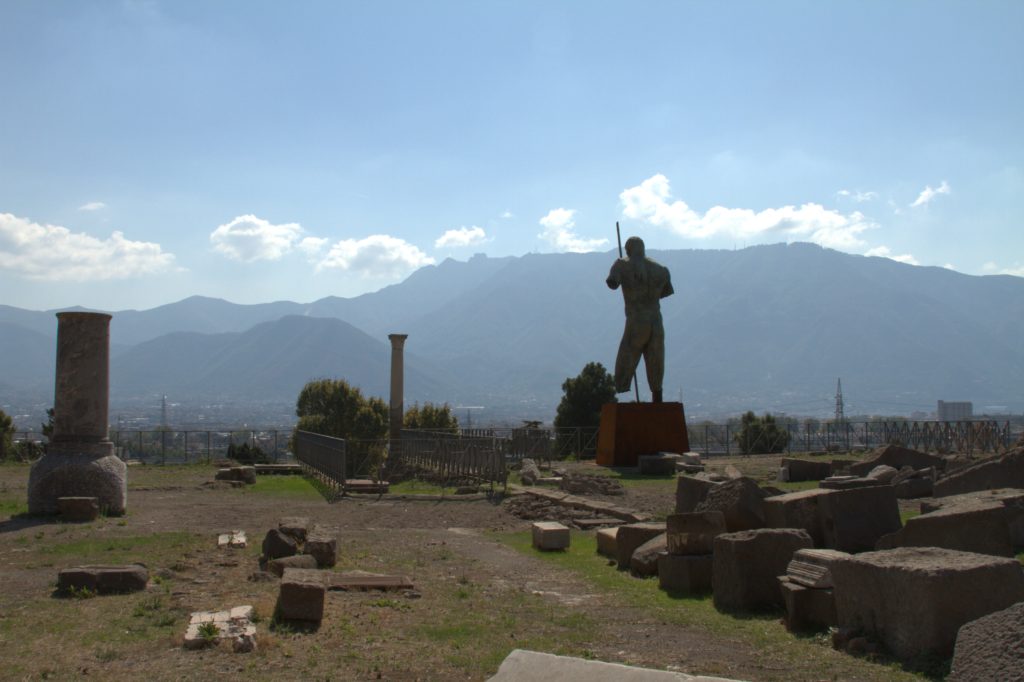 The Pompeii warrior protecting the town 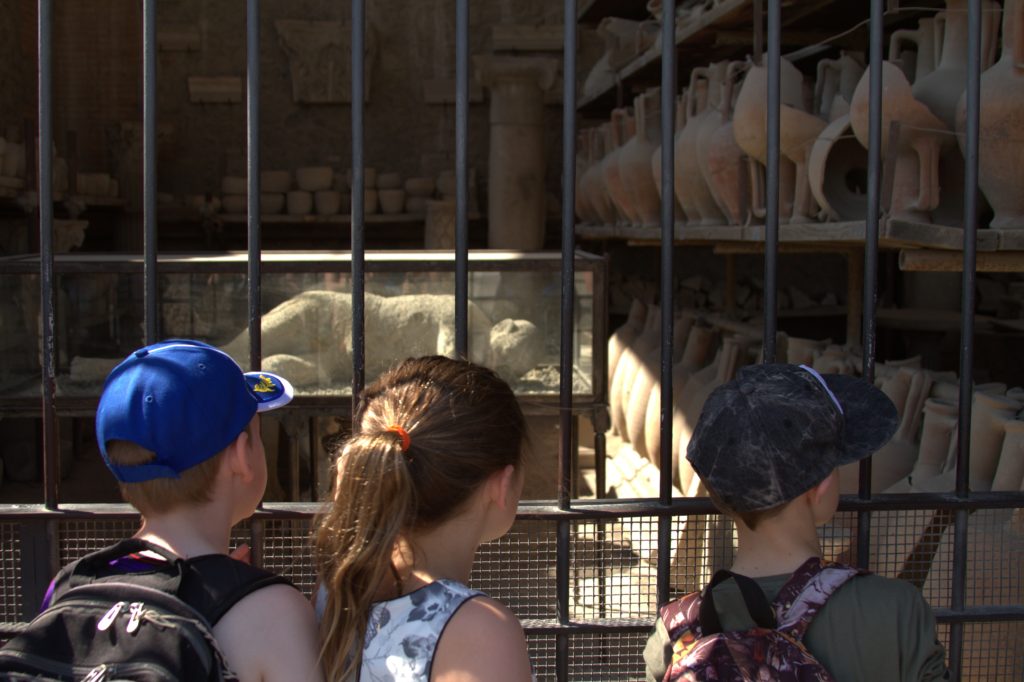 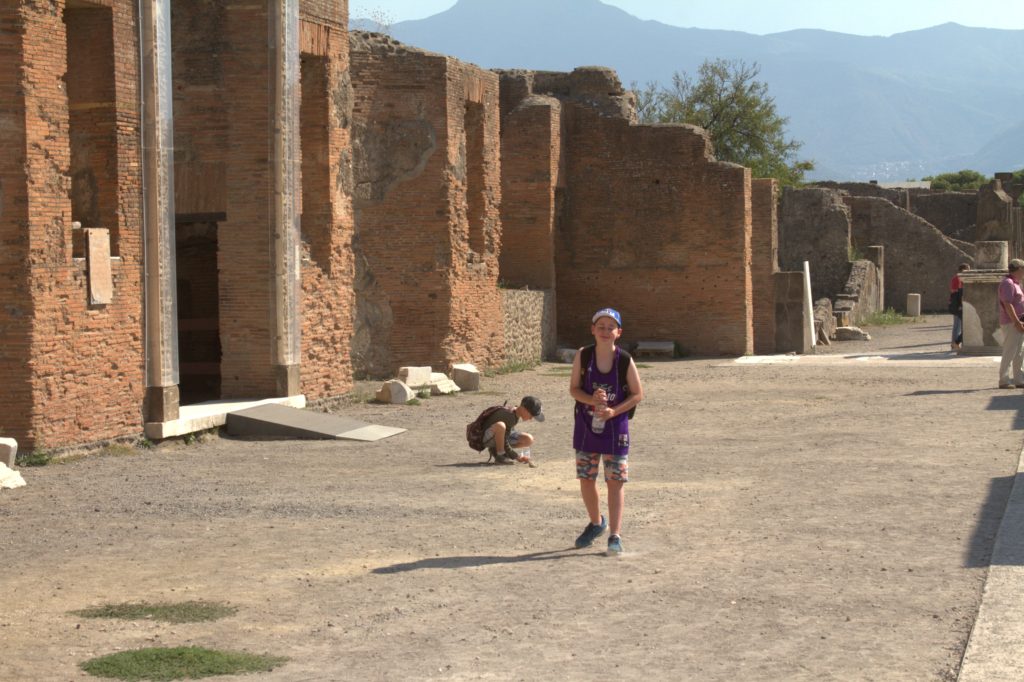 A couple of Pompeiinians doing what they do 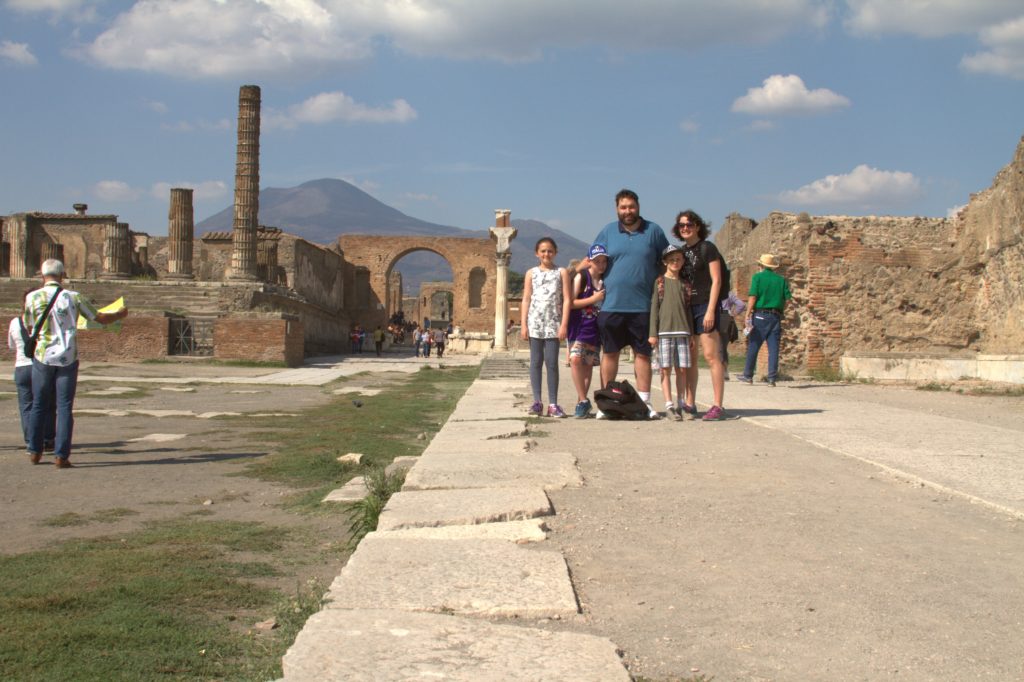 The family in Pompeii 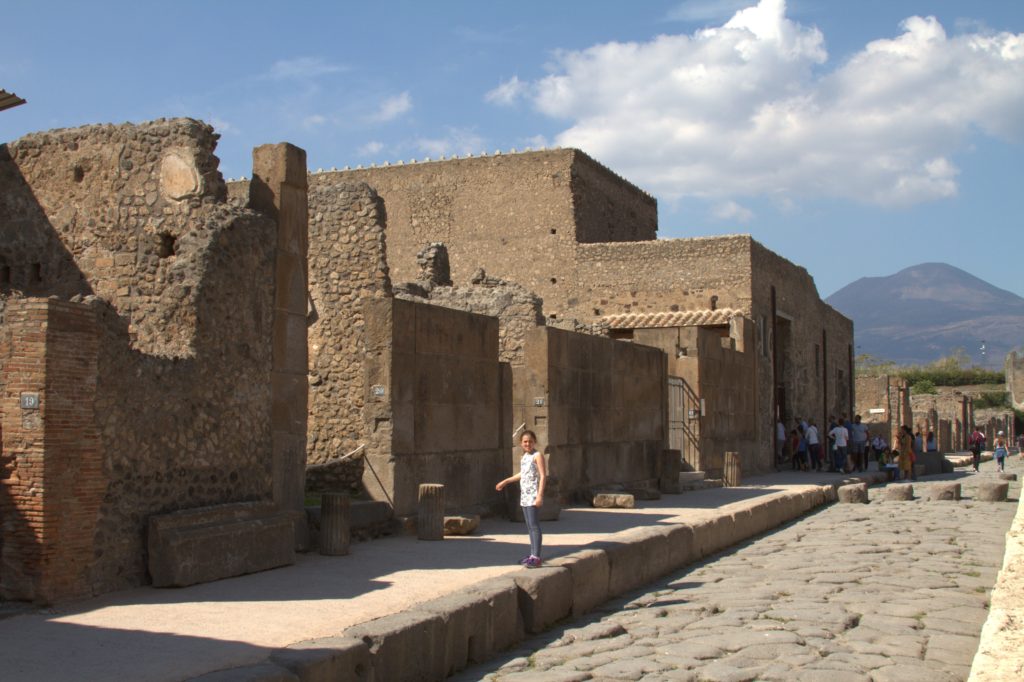 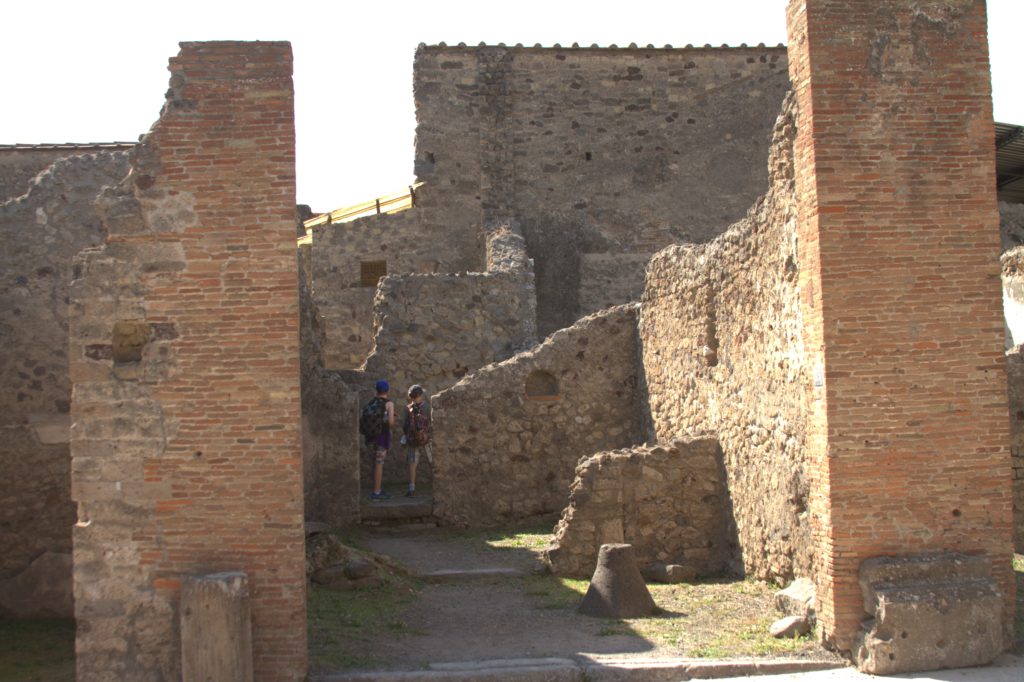 Bel and I tried to make the trip educational and had Zeki and Chloe write a report on Pompeii. They did a good job. You can read their reports on their blogs.

On the last morning, Bel took the kids for one last swim. I couldn’t do the stairs another time, so I stayed and cleaned up a little before check out. My legs thanked me for it, but it might have been nice to get another swim in.

One thought on “It’s always leg day in Positano”